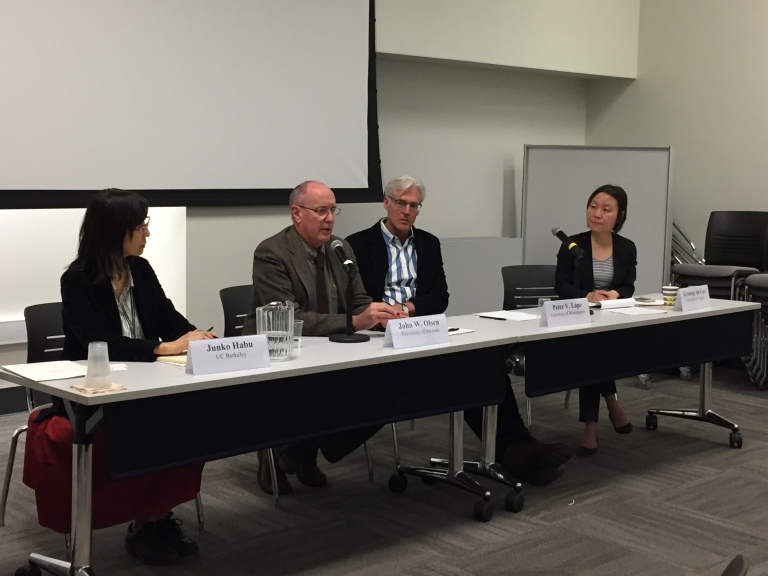 Habu spoke about how different theoretical perspectives coming out of Asian archaeology can enrich the globsl study of Archaeology. Olsen spoke about his recent archaeological expeditions in Mongolia and Tibet with a focus on Paleolithic archaeology in these regions. Lape discussed his recent survey of small islands in eastern Indonesia and new information about the Island Southeast Asian Neolithic period. Gyoung-Ah Lee (University of Oregon), a specialist of Chulmun Archaeology in Korea, joined the event as a discussant.

Of special note, Olsen revealed exciting new discoveries on the Tibetan Plateau, including a Denisovan mandible dated to 160,000 years ago, 100,000 years before the first signs of human activity in the area. Clearly, asian archaeology has much to reveal about human origins!

Overview: This event celebrates the publication of the Handbook of East and Southeast Asian Archaeology with the three editors of this volume: Junko Habu, Anthropology, UC Berkeley, and two prominent scholars in the field of Asian Archaeology. Prof. John W. Olsen (University of Arizona) and Peter V. Lape (University of Washington). Olsen will talk about his recent archaeological expeditions in Mongolia and Tibet with a focus on Paleolithic archaeology in these regions. Lape will discuss his recent survey of small islands in eastern Indonesia and new information about the Island Southeast Asian Neolithic period. Gyoung-Ah Lee (University of Oregon), a specialist of Chulmun Archaeology in Korea, will also join the event as a discussant.

3:15-3:45: John W. Olsen (University of Arizona): The Initial Peopling of the Tibetan Plateau: An Archaeological Perspective

3:45-4:15 Peter V. Lape (University of Washington): Neolithic networks and the origins of the spice trade in Island Southeast Asia

This workshop highlights similarities and differences between agroecological approaches in Japan and those in the Americas with a focus on their historic and geographic contexts, and presents future visions of sustainable farming practice and resilient human-environmental interaction. Agroecology can be defined as a trans-disciplinary approach rooted in both traditional and scientific knowledge that seeks to design and manage productive, biologically diverse, resilient, and primarily small-scale agricultural systems. Starting with the discussion of Miguel Altieri’s seminal work on agroecolocy in South America and California, presenters in this workshop examine the roots, characteristics and goals of past and present agroecological approaches on the both sides of the Pacific Ocean.

The Shinano-Chikuma River system of central Japan comprises the longest drainage in the archipelago. Famous today, inter alia, for rice and sake production, the region is also well-known for the archaeological remains of its Jomon cultures (from c. 16,000 – 2500 BC). Forming part of the great geological divide between east and west Japan known as the fossa magna (which also includes Mount Fuji), the region is prone to catastrophic environmental events including earthquakes, which punctuate the occupational history of the landscapes along the system to devastating effect, and which generate a revealing range of cultural responses. This paper will explore how landscape history is being conceptualised in two very different ways, both of which speak to the questions posed by this workshop. Since the late 1990s, part of the middle reaches of the river system are the focus of the Echigo Tsumari Art Field, the largest outdoor art event in the world, which is re-imagining what is recognised as a region under pressure from rural depopulation. The area was also recently designated part of the ‘Japan Heritage’ (日本遺産) initiative by the Japanese Agency for Cultural Affairs, designed to encourage more inward-bound tourism in the context of the Olympics, attracted by a combination of the allure of the 5000-year of Jomon Flame pots (some of which are now designated as National Treasures) and a somewhat romanticised notion of the ‘Snow Country’. This paper will briefly introduce some of the narratives that are informing these initiatives to examine the interplay between contemporary issues, planning for the future, and perceptions of the significance of the deep history of the area for modern inhabitants and visitors alike, themes of interest in defining what ‘sustainability’ means at different temporal scales within Japanese cultural contexts.

In this presentation, I argue that inter- and trans-disciplinary research in the fields of archaeology, sociocultural anthropology, agroecology and related disciplines can make important contributions to the debates on the resilience of food systems and long-term sustainability of human society. Over the past several decades, scholars have repeatedly raised concerns about global environmental and social problems associated with the rise of extremely large-scale, homogenized production systems. These problems have particularly serious implications for agricultural practice today.  Historical ecological approaches with a focus on human-environment interactions at multiple temporal and spatial scales can be used as a framework to examine how human impacts on the environment may positively or negatively contribute to the resilience of food and socioeconomic systems depending on local and historical contexts.  Theories of resilience which consider the importance of adaptive cycles and panarchical connections provide an ecological viewpoint from which we can pose the question of why diversification and decentralization, along with several other traits, are crucial for systems’ resilience. Discussions of local and traditional ecological knowledge (LEK and TEK) have revealed the limitations of a “scientific” understanding of the efficiency of food production systems, and calls for an integrative understanding of food production in relation to the whole range of human-environmental interaction, including the role of material culture. In particular, physical and social landscapes are inextricably linked to LEK. TEK, and material culture that contain bundles of practices, meanings, attributes and values. Using examples from northeastern Japan, I argue that understanding continuity and change in landscape practices from prehistoric times to the present may be key in developing proposals for alternative food production systems that are both resilient and sustainable.

In the archaeology of the southern Levant (Jordan, Israel, Palestine, southern Syria and Lebanon), the Late Neolithic period is often characterized as a time of cultural collapse and material impoverishment. However, recent evidence indicates that the Late Neolithic saw the first emergence of fully agricultural communities and arguably set the stage for a lifestyle that persisted until the modern era. This included movement into new parts of the landscape and diversification of economic and social strategies. This presentation summarizes recent research at Late Neolithic WQ117 in Wadi Quseiba, northern Jordan. The site’s location and material culture (including a lack of animal bones) suggest that WQ117 might pertain to an uninvestigated aspect of the Late Neolithic in a previously unoccupied part of northern Jordan.

The talk summarizes an on-going collaborative research program that is examining the scale and chronology of indigenous landscape management practices in Central California. A collaborative team of scholars from the Amah Mutsun Tribal Band, California State Parks, UC Berkeley, and UC Santa Cruz are implementing an inter-disciplinary approach for the study of anthropogenic burning employing ecological, archaeological, and anthropological data sets. The ultimate goal of the project is to examine how eco-archaeological research can provide useful information for the contemporary management of public landscapes, such as in enhancing the richness and diversity of native species, improving the health of biological communities, and minimizing the risks of catastrophic fires. The research team is exploring how lessons from the past can directly contribute to the development of new protocols/policies for the contemporary and future management of public spaces that are rooted in the deep history of tribal practices.

Emerging from studies in non-equilibrium ecology, resilience theory, and new materialism in critical human-environment studies is the challenge to develop scholar-practitioner methodologies and ethics that help us to understand how community ecosystem knowledge and practices have brought about re-designed and resilient socio-nature relations. In this challenge, ethnographical depictions of local knowledge systems and their human praxes have attracted the attention of scholars and practitioners as a tool for understanding how local stakeholders and scholars gain legitimacy for their actions. Through a case study in Miyako bay, this presentation argues how material praxis in service to high-quality and productive aquaculture among fishers has undermined heretofore objectified and reified conceptions of local aquaculture seascapes. Importantly, stakeholder efforts have achieved a re-design through what we might call aqua-ecological praxes that serve, both near-term and long-term of socio-nature. I will show how their new designing methods have developed with and through their democratic efforts to integrate the contextualized experiences and knowledge bases of individuals.

3:40-4:00 Daniel Niles (RIHN): Linking the Mental and the Material: Patterns of Environmental Knowledge

If, once formed, ideas of nature affect all other areas of thought, how can different ideas of nature—especially those of past peoples—be accessed or understood today? Drawing on theories of material culture and the evolution of knowledge, this paper interprets persistent patterns of cultural-ecological interaction as evidence of the persistence of particular bodies of environmental knowledge. If knowledge is not only a mental phenomenon but can also take material form, attention to the production, use, and form of material cultural phenomena—including landscapes themselves—can shed light on the structure and quality of the knowledge they employ. This paper provides an approach to the simultaneous analysis objects, practices and environment, especially highlighting the role of aesthetic sensibilities in linking the mental and material realms of humankind’s long environmental experience. 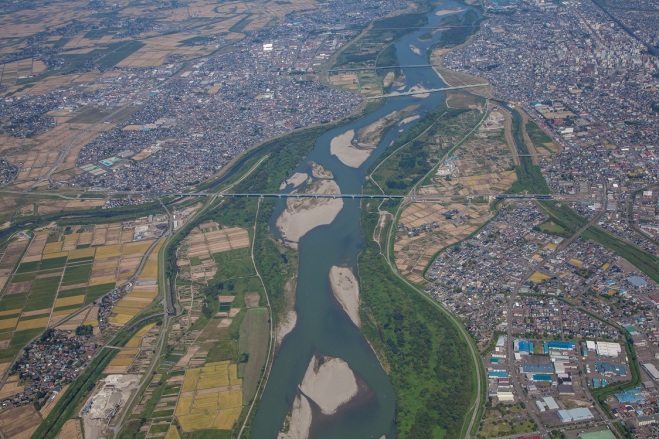 How can knowledge of the past be developed and transformed so that it informs understandings of the present and future? The Center for Japanese Studies at UC Berkeley presents the workshop Living Landscapes: Time, Knowledge and Ecology. This workshop invites researchers in archaeology, anthropology, agroecology, sociology and geography to explore the ways in which different forms of environmental knowledge persist through time, are manifest in landscapes, and remain relevant to contemporary sustainability challenges.

Japan, a diverse archipelago with long history of human habitation and environmental modification, rich material cultural traditions and extensive archaeological record, is a special focus area for discussion. Case studies and comparative perspectives from other field areas are also welcome, and the workshop is open to anyone with interest in material culture studies, agroecology and the cultural-ecological dimensions of contemporary sustainability challenges.

This CJS workshop is co-sponsored with the Anthropology Department and the Archaeological Research Facility (ARF), with additional support from the Sainsbury Institute for the Study of Japanese Art and Cultures (SISJAC), UK, and the Research Institute for Humanity and Nature (RIHN), Japan.

3:40-4:00 Daniel Niles (Research Institute for Humanity and Nature, RIHN): Linking the Mental and the Material: Patterns of Environmental Knowledge 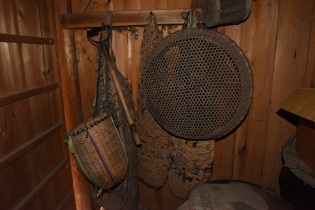 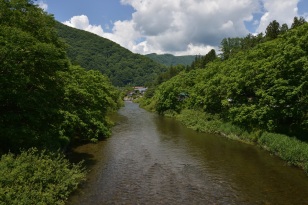 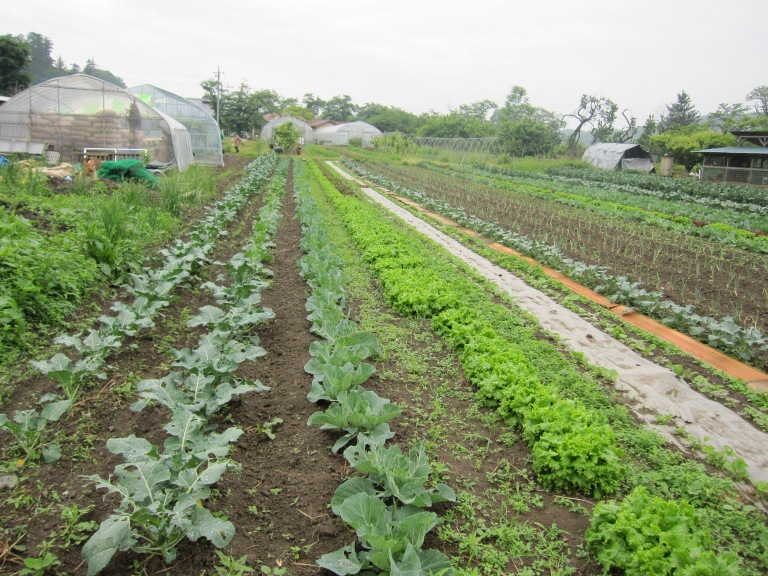 Food, Agriculture and Human Impacts on the Environment: Japan, Asia and Beyond

The goal of this workshop is to link local and regional case studies of food, agriculture, and human-environmental interaction with the broader discussion of global environmental issues and long-term sustainability. Special emphasis is on case studies from Japan, East Asia and the North Pacific Rim. Topics that will be discussed in this workshop include issues on food production, circulation and consumption, changes through time in human-environmental interaction in relation to societal and economic developments, and water-food-energy nexus. This event is organized in collaboration with the Research Institute for Humanity and Nature in Kyoto, Japan, with which UC Berkeley has an MOU.

The Full Research phase of my Small-Scale Economies Project at the Research Institute for Humanity and Nature (RIHN) in Kyoto officially ended on March 31, 2017. Thank you for those who helped me run this project for the past three years. Special thanks to local residents and members of the indigenous communities who were willing to share their knowledge and wisdom. My collaboration with RIHN will continue through the MOU (Memorandum of Understanding) between RIHN and UC Berkeley!